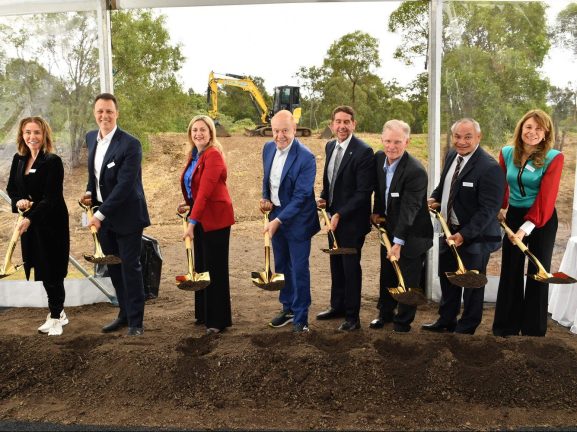 Visy breaks ground on its new $500 million glass recycling and remanufacturing factory outside Brisbane, with the company announcing that once complete, it will recycle up to 200,000 tonnes of Queensland’s glass annually to produce 1 billion bottles a year.

The facility in Stapylton just south of Brisbane, which represents the largest investment Visy has ever made, will be built next to Visy’s current box factory and beverage can plant and is expected to be operational in 2025.

“Recycling is an important weapon against climate change and the technology employed in this factory will help enable Australia to go from an average of 30 per cent recycled glass content in bottles to 70 per cent, which is moving towards world’s-best practice,” Visy executive chairman Anthony Pratt said.

“So, this ensures the majority of Queensland’s recyclable recovered glass containers from the state’s Container Deposit Scheme and kerbside recycling bins can be remanufactured right here in Queensland.”

The facility will support about 200 green collar manufacturing jobs once operational, and bring Visy’s Queensland workforce to more than 1000 people. The project will also create over 600 jobs in construction.

“This investment is made possible by the leadership of Premier Palaszczuk, and her Government’s support for Australian manufacturing,” Pratt said.

“They are also to be congratulated for their support for practical environmental measures, like recycling, that all Queenslanders can participate in.”

Visy also said the project represents a massive expansion of its Queensland recycling and remanufacturing operations and is underpinned by a long-term partnership with Asahi Beverages, and agreements with its customers Lion, Bundaberg and Coca Cola.

It is part of Pratt’s 2021 pledge to invest $2 billion in Australian recycling and clean energy infrastructure over the ensuing decade, creating thousands of new green collar, well-paying Australian manufacturing jobs.

Visy also said that this brings its total investment in Australia to over $11 billion.

Visy will relocate its current glass re-manufacturing operations from South Brisbane in 2025, paving the way for the site along the Brisbane River to be used as the International Broadcasting Centre for the 2032 Olympic Games.