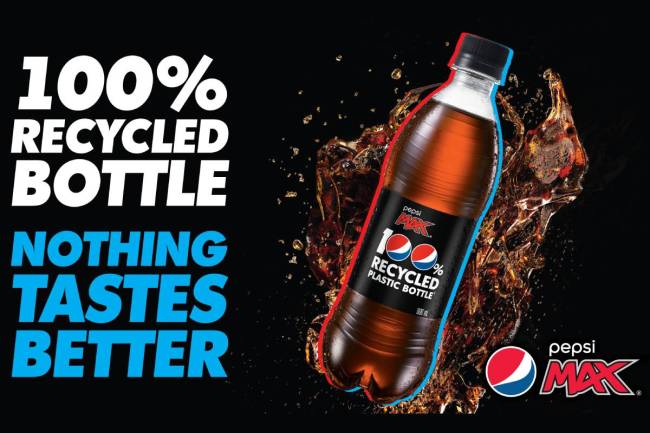 Asahi has announced that all its 450ml and 600ml soft drink bottles will now be made using 100 per cent recycled PET.

The move will see roughly 111 million bottles transition to the eco-friendly material including brands such as Pepsi Max, Solo, Schweppes, and Sunkist. The remaining soft drink bottles – 1.1L, 1.25L, and 2L – will begin transitioning next year.

“Some of our brands have been around for more than 150 years. If they’re to be around in another 150 years and beyond they need to be sustainably produced.”

Kyle Faulconer, CEO of PepsiCo A/NZ, said they are proud to collaborate with Asahi in moving to recycled plastics across some of their most iconic brands.

“Asahi plays an important role in helping us drive toward a circular economy and reduce plastic waste. This move forms part of our global commitment to PepsiCo Positive which guides our business on how we inspire positive change for the planet and people.”

Following a joint venture partnership with Asahi Beverages, Pact Group, Cleanaway, and Coca-Cola Europacfic Partners, Australia’s largest PET recycling plant was opened in Albury-Wodonga earlier this year, with another expected to be completed in Altona North, Vic, in 2023.