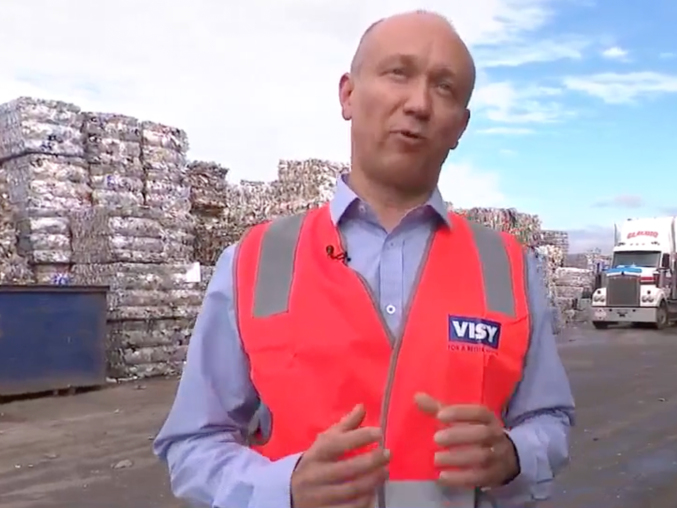 In what it calls an Australian first, Visy has said it is now able to produce a 50 per cent recycled plastic milk bottle, an improvement from the milk bottles that previously used 20 per cent of recycled materials.

The move comes as Visy makes a $19 million upgrade to its Smithfield facility.

In a 9News report, the company said its $29 million multi-state plastics recycling investment is diverting up to 1.9 billion plastic bottles from landfill and export each year, and keeping more plastics in the circular economy to be re-made locally into food grade products.

Visy RPlastics plant manager Rob Dvorak told 9News that “With this investment we’re now able to close the loop, improve the circular economy and make sure that milk bottles can go back into milk bottles”.

In the report, Visy added that the new process took a lot of testing, and has been given the approval for food grade recycling, with the goal for other recycling organisations to follow suit.

“We were one of the leaders in terms of producing PET plastic bottles with 100 per cent recycled content when this facility first started 10 years ago. And we are now leading the way in terms of recycling some of the hard to recycle plastics,” Dvorak added.

9News also mentioned that the move also means that 18,000 tonnes of plastic will remain in Australia each year to be recycled rather than be exported.

“A lot of milk bottles and plastic waste was heading straight to landfill. Just about every single piece of plastic that has ever been created is still with us today in some way, shape or form,” Environment Minister James Griffin said in the report.