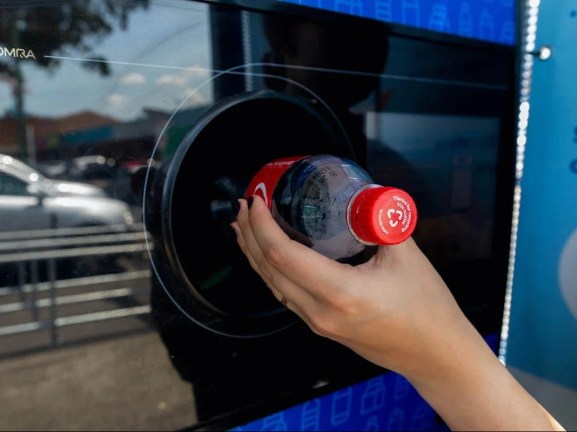 Coca-Cola Australia has released new research for National Recycling Week, revealing most Australians are aware of container deposit schemes (CDS), but only 28 per cent regularly use them.

The research into how Australians engage with the State-based return and earn recycling schemes also found that 74 per cent of Australians would like to know more about correct recycling methods.

In honour of National Recycling Week, Planet Ark and Coca-Cola Australia have come together to highlight the missed financial and environmental opportunities presented by CDS.

Paul Klymenko, Co-CEO at Planet Ark, said that container recycling schemes are unique because they offer financial incentives for individuals and community groups as well as environmental benefits.

“Beverage containers are in a unique position because they are the only product category with a recycling scheme, where consumers get money back for every container they return,.

“The schemes have proven to be successful in keeping plastic out of landfill and waterways. However, many people are not aware that they also offer additional environmental benefits as the clean material stream gives returned bottles the best chance of becoming another bottle, reducing the amount of new plastic used in Australia,” said Klymenko.

A recent CSIRO report found reductions in plastic pollution in areas with CDS and other schemes that economically motivated appropriate waste disposal. The report also found an average decrease in coastal litter of 29 per cent over six years (2013-2018) nationwide.

The practicalities of storing and transporting bottles for recycling was found to be the most significant barrier to using CDS, and something Klymeko acknowledges is an ongoing challenge.

“We understand there can be challenges around convenience when using CDS, however, with schemes continuing to expand nationally and communities coming up with creative solutions, we believe these barriers will reduce

“Through National Recycling Week, we hope to help raise awareness of the cumulative impact individual actions can have, no matter how small each contribution may feel,” said Klymenko.

“We are strong supporters of container deposit schemes across Australia, which enable our bottles to be collected and recycled, giving them the best chance of becoming a bottle again. This ultimately means less new plastic is generated, which in turn has a lower carbon impact,” she said.

As part of its World Without Waste vision, Coca-Cola has a global ambition to collect and recycle the equivalent of every bottle and can they sell by 2030.

Coca-Cola continues to improve packaging, with a reported seven in ten plastic bottles in Australia now made from 100 per cent recycled plastic, excluding caps and labels.