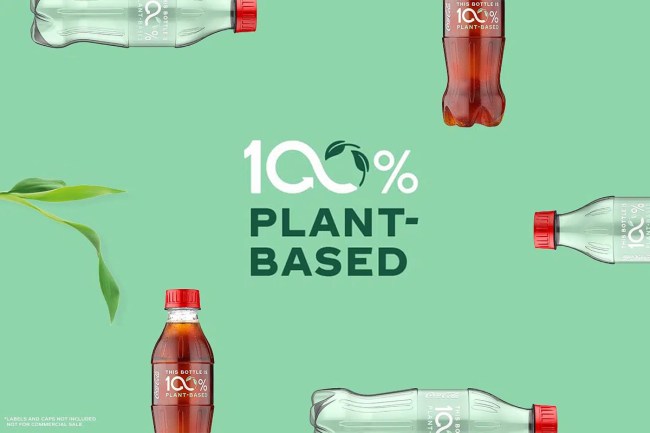 The Coca-Cola Company has launched its first beverage bottle made from 100 per cent plant-based plastic.

The bottle, which is currently a prototype, is made from plant-based paraxylene (bPX) which has been converted to plant-based terephthalic acide (bPTA), and was produced using sugar from corn, though the process lends itself to flexibility in feedstock. A limited run of approximately 900 of the prototype bottles have been produced.

The Coca-Cola Company chief technical and innovation officer Nancy Quan said it’s been working with technology partners for many years to develop the right technologies to create a bottle with 100 per cent plant-based content with the lowest possible carbon footprint.

“It’s exciting that we have reached a point where these technologies exist and can be scaled by participants in the value chain,” Quan said.

Coca-Cola launched a prototype of a 100 per cent bio-based PlantBottle in 2015, but this next-generation bottle has been made using new technologies to produce both biochemicals that make the bottle and are ready for commercial scaling.

After the 2015 launch of PlantBottle, Coca-Cola allowed non-competitive companies to use the technology and brand in their product. In 2018, the company opened up the PlantBottle IP to be used by competitors in the beverage industry to scale up demand and drive down pricing.

The Coca-Cola Company global R&D director of packaging and sustainability Dana Breed said its goal was to develop sustainable solutions for the entire industry.

“We want other companies to join us and move forward, collectively. We don’t see renewable or recycled content as areas where we want competitive advantage,” Breed said.

Coca-Cola’s World Without Waste vision is working towards making 100 per cent of its packaging recyclable and to ensure 50 per cent of packaging is made from recycled materials by 2030. This includes collecting back the equivalent of every bottle it sells by 2030, so none of its packaging ends up as waste and old bottles are recycled into new ones.

“We see plant-based plastics as playing a critical role in our overall PET mix in the future, supporting our objectives to reduce our carbon footprint, reduce our reliance on ‘virgin’ fossil fuels and boost collection of PET in support of a circular economy,” Quan added.