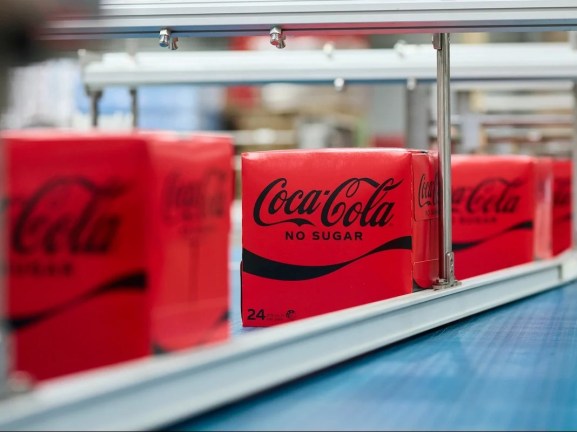 Coca-Cola Europacific Partners (CCEP) has officially opened a new state-of-the-art can line at its production site in Moorabbin, Victoria.

The new can line will help meet growing consumer demand for canned beverages as we approach the summer season and will boost beverage manufacturing in the southern states of Victoria, Tasmania and South Australia.

Peter West, Vice President and General Manager of Australia, the Pacific and Indonesia at Coca-Cola Europacific Partners, said the new operations at Moorabbin are about more than just driving sales growth.

“This new can line at Moorabbin allows us to make a larger range of canned beverages from across our portfolio of non-alcoholic and alcoholic brands locally in Victoria, meaning our products are closer to the end-consumer. This minimises freight movements and, in turn, helps to reduce carbon emissions.

Orlando Rodriguez, Vice President of Supply Chain – Australia, New Zealand and Pacific at Coca-Cola Europacific Partners, said: “The requirement to move product between states in a country as vast as Australia contributes to greenhouse gas emissions and reducing this is a challenging task, but it’s not impossible. Our continued investment in more efficient infrastructure at our facilities will play a role in helping us reach our net zero targets.”

“We’re also incredibly proud that we’ve been able to further our gender equality ambitions through the new infrastructure at Moorabbin, supporting career opportunities for women in the supply chain,” said West.

“More than 50 per cent of the team that work on the new can line are women, and we’ve increased female representation across our total Victorian supply chain workforce by more than three per cent over the past year,” he said.

The production line uses less water than other sites, and its anticipated energy consumption will also drop by 160,000-kilowatt hours each year as the new technology can fill cans at room temperature, meaning less energy used to cool liquid as part of the filling process.

Turning out up to 1700 cans a minute in a variety of formats and sizes, the new can line can produce everything from minis to 500ml packs, including favourites such as Coca-Cola No Sugar, Sprite, Mount Franklin Lightly Sparking, Canadian Club & Dry, Monster and Mother Energy varieties.