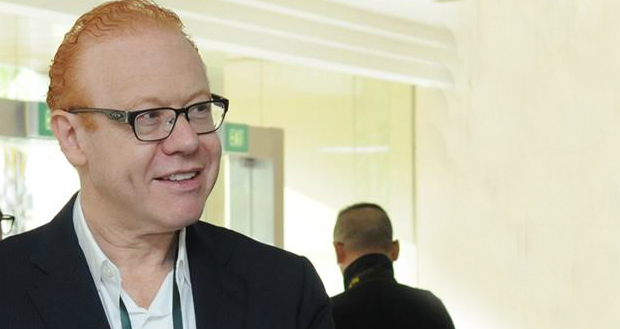 Recycling conglomerate Visy has entered into a definitive agreement to acquire the Australian and New Zealand glass manufacturing business of Owens-Illinois (O-I) in a deal worth almost $1 billion.

O-I is a Fortune 500 company that specialises in container glass products. It is one of the world’s leading manufacturers of packaging products, holding the position of largest manufacturer of glass containers in North America, South America, Asia Pacific and Europe.

The business’ A/NZ arm is the largest manufacturer of glass bottles and containers in Australia and New Zealand, with five manufacturing facilities located in Adelaide, Brisbane, Melbourne, Sydney and Auckland and a recycled glass processing plant in Brisbane.

Visy executive chairman Anthony Pratt said the deal, which is expected to be completed by the end of July, is one of the biggest manufacturing acquisitions by an Australian-owned business in Australian business history.

“Manufacturing has never been more important to Australia’s future. And importantly we will bring Visy’s sustainability culture to O-I, aiming to increase recycled content of glass bottles from one-third to two-thirds,” Pratt said.

Visy, which is owned by Pratt and his two sisters Heloise Waislitz and Fiona Geminder, is already one of the world’s largest privately owned recycling and packaging companies. Post-acquisition of the local operations of O-I, Visy said it would employ 7200 people in manufacturing jobs.

The company also added that it is committed to investing in creating sustainable packaging solutions for a better world, which was one of the key reasons behind the acquisition.

“The addition of glass manufacturing to Visy’s portfolio is in line with the company’s long-term strategy of creating local manufacturing job opportunities and supporting local communities. O-I is the largest manufacturer of glass bottles and containers in Australia and New Zealand with factories in Sydney, Melbourne, Brisbane, Adelaide and Auckland,” the company said.

O-I CEO Andres Lopez said the sale of its A/NZ operations is consistent with its strategy to properly align the business with the interests of its global customer base, improving financial flexibility and maximising shareholder value.

“O-I will continue to develop its leading market positions across Europe and the Americas as well as the company’s interests in Asia. The sale of A/NZ follows an in-depth strategic review of our global business portfolio and operating structure which is now substantially complete following this transaction,” Lopez said.

“We received a full and fair price for A/NZ, and this sale represents a significant milestone in our business transformation as we optimise our structure and prioritise debt reduction.”

After evaluating alternatives for the A/NZ business, the company determined the best option was to sell the operation to a buyer who could build on the business O-I has developed and bring experience and expertise in closed loop packaging and recycling solutions, aligned to customer and industry needs.

“O-I’s A/NZ business is known for providing the highest quality glass containers that enhance its customers’ brands. Following a robust sales process, we believe Visy is the best fit for our A/NZ business, our customers and our employees. Visy is a well-established leader in providing high quality, innovative and closed loop packaging solutions that has operated in Australia for more than 70 years,” Lopez added.

O-I’s second quarter 2020 performance ended on a positive note after the company endured the brunt of the pandemic in April and May.

As markets began to reopen, O-I’s June sales volumes were down approximately three per cent compared to June last year. June trends represented a significant improvement from the 18 per cent decline in daily shipment levels for April and May.

Overall, its second quarter total sales volumes were down approximately 15 per cent from the prior year.

Based on the company’s preliminary view, O-I expects its second quarter 2020 adjusted earnings to breakeven.

“Reflecting O-I’s focus on cash and capital management, cash flows were solidly positive despite the second quarter typically being a seasonal use of cash for the business. As a result, O-I’s total liquidity improved over the course of the second quarter and compared favorably to first quarter levels,” the company added.

Most recently, Pratt pledged $1 million to the Australian bushfire fight on behalf of the Pratt Foundation, a Melbourne based philanthropic organisation that was formed in 1978.

In September 2019, a paper recycling mill built by Pratt was officially opened in Wapakoneta, Ohio by US President Donald Trump and Australian Prime Minister Scott Morrison.