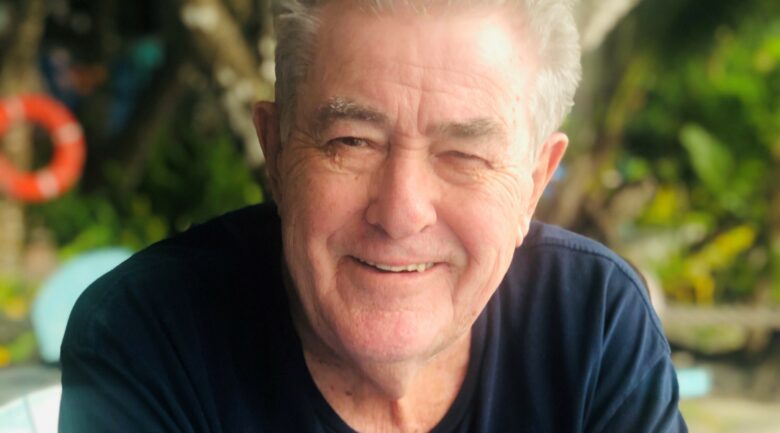 Charles Hanna, founder of independent folding carton printer Hannapak before it was sold to US giant WestRock for $75 million in 2017, has passed away. He is remembered as a great friend, a gentleman and someone who cared deeply about the communities he worked in.

After a three-year battle with melanoma cancer, Charles passed away at the age of 78 on 26 December 2021, leaving behind his beloved wife of 50 years, Cheryl, and an adoring family.

His funeral was held on 11 January at the Macquarie Park Crematorium with a “One for the Road” celebration afterwards at Woolloomooloo Wharf.

A number of printing industry members spoke, including Bob McMillan who was a close friend of Charles’ for 50 years.

“He was a very good businessperson and a great salesperson. He also did a lot for the community as well and that is why he got his OAM,” McMillan said.

“He was a friend of mine for 50 years and a very nice guy. Very well respected.”

Hanna Group was founded in 1957 by Charles and his father Charles Alfred Stuart Hanna Senior. It started out as a business printing advertising balloons from a backyard workshop in Carlingford.

In 1967, the Hannas moved it to North Richmond and into a purpose-built factory where it printed advertising matches, under the name Hanna Match Group.

Two years later, in 1969 Charles took over the full running off the business and went on to purchase folding carton company Boxton & Carr in 1984 with further growth as time went by.

Over the course of the next 50 years the business continued to experience rapid organic growth which saw it expand further into neighbouring sites.

Charles was an early adopter of technology and was the first in Australia to invest in almost every new technology available to the print and folding carton industry. He featured on the front cover of various issues of both ProPrint and Australian Printer over the years with stories of his investments and business success.

As time went by the company became Australia’s largest folding carton printer and was converting approximately 30,000 tonnes of paperboard into folding cartons. For 18 years Hannapak handled the beverage packaging needs for WestRock which it was eventually sold to in 2018.

Around 15 years before the sale of Hannapak, Charles had begun to realise a long-held dream of owning a farm. In 2005 he and Cheryl purchased a property at Colly Creek, located just outside the tiny NSW town of Willow Tree, which sits between Scone and Tamworth.

It was around this time Charles’ son, Sam Hanna, stepped up to take over the running of Hannapak.

“He was a bit of a frustrated farmer and for many years he wanted to own a country property. So, he got into it with a commercial focus and built up some strong brands along the way. We have our own beef and lamb product now which is available through our restaurants and butcher shop,” Sam said.

After buying the property, Charles and Cheryl transformed it into a successful cattle farm which now runs nearly 2000 head of Angus cattle. But their agriculture exploits did not stop there with another property near Quirindi, which runs 5000 head of sheep and lambs, later added.

Not long after he and Cheryl arrived at Colly Creek, Charles discovered the local pub in Willow Tree was quite run down and only really used by local tradies. So, he decided to buy it and turn it around and make it more family-oriented so the whole community could enjoy it.

Charles’ integral role in transforming the town of Willow Tree earned him recognition in the 2018 Queen’s Birthday Honours with the awarding of an Order of Australia Medal (OAM).

In January 2021 he took part in an unconventional treatment usually used for breast and ovarian cancer which did have some success in shrinking his advancing tumours.