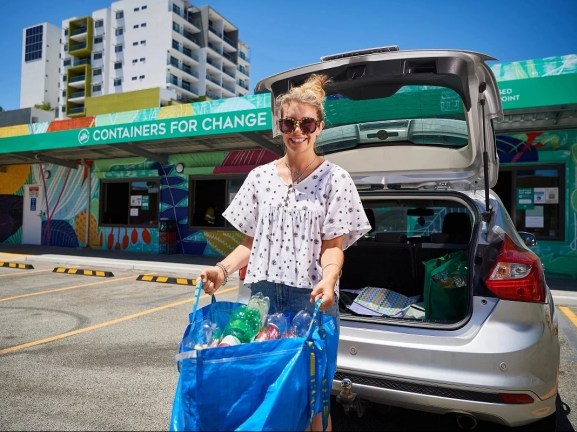 Laid end to end, that is enough containers to wrap around the earth 6.8 times, or the equivalent weight of 5,664 Southern right whales.

In thanking WA for embracing Containers for Change, CEO Tim Cusack said there was still more work to be done – with 530 million 10c containers being tossed into general waste bins in the last year alone.

“Since Containers for Change launched on 1 October 2020, Western Australians have more than doubled the number of drink containers recycled – a fantastic result,” Cusack said.

“Across WA we are now recycling 64 per cent of our 10c containers, which puts our state as one of the leading container recycling jurisdictions in Australia.

“However, in the last 12 months the WA community has missed out on $53 million in refunds because 10c containers were thrown into general waste bins.

“Those 530 million lost containers also represent $32 million in payments that should have gone to the 78 refund point operators that are the backbone of our recycling efforts.”

The Containers for Change refund point network consists of 265 refund points across Western Australia. Much of the network is run by family-owned or not for profit organisations.

Complementing the official Containers for Change refund points are donation points at hundreds of schools, sporting clubs, charitable organisations, and businesses across the state.

“We embrace innovation and ideas,” Cusack said. “If you are a local government and you need a simple solution for container litter then come and chat to us; if you’re a local café and want to supplement your income by having your containers picked up and recycled and the refunds transferred straight into your bank account, then we can help you set that up.

“Everyone has a part to play, and everyone can play a part. We are so proud of what Containers for Change has already achieved and excited about what is next as more and more people get involved.”