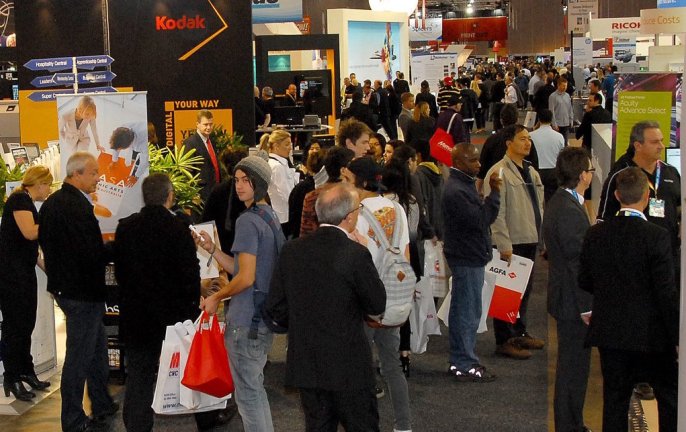 As drupa gets new exhibition dates in 2021 (April 20 to 30), the organisers of PacPrint have followed suit and announced new dates for the latter.

The four-day show, which will be held in conjunction with Visual Impact and the Label & Packaging Expo, which will run at the Melbourne Convention & Exhibition Centre (MCEC), with organisers Visual Connections saying that the decision on timing was made to ensure that businesses in Australia, New Zealand and the surrounding region enjoy the full benefit of Australia’s traditional ‘post-drupa’ show.

Messe Düsseldorf announced in March that drupa would be rescheduled to the new dates as above, meaning exhibitors and visitors would barely have had time to return from Dusseldorf before PacPrint was originally scheduled to open its doors in late May, Visual Connections said.

“One of PacPrint’s strongest advantages has always been its timing, coming roughly one year after drupa,” Visual Connections CEO Peter Harper said.

“This typically means that new technologies released at drupa – even some of those shown in Düsseldorf as prototypes – are nearly always ready for immediate sale and supply in this region by the time PacPrint rolls around, so businesses can benefit straight away.

“Following so closely on the heels of drupa would have created logistical challenges for many of our PacPrint exhibitors seeking to get both personnel and post-drupa releases to Australia in time for the Melbourne show. It just wasn’t feasible.”

According to Harper, maintaining this buffer of a few months will enable PacPrint 2021 to give exhibitors the opportunity to show drua-release technologies to the Australian market and provide thousands of industry people who are not able to make it to Germany the opportunity to see the latest innovations as soon as possible.

In announcing the new dates, Harper paid tribute to his own events team, who he says have been ‘working overtime’ on a solution, and also to the team at the MCEC who have faced challenging times accommodating changes following the coronavirus outbreak.

“We are grateful to our colleagues at the MCEC for working with us to secure these new dates, which we believe will help us maintain PacPrint’s position as the market-leading show for print, sign, display, labels and packaging in this region,” Harper said.

While there is still plenty of work to be done in concert with exhibitors and other stakeholders, Harper mentioned that having a window secured to bring the latest innovations and market knowledge to local businesses is a huge positive.

“It’s good news for everyone, and we look forward to releasing more details over the coming days and weeks,” Harper added.

Visual Connections will also be running its first online trade show for print, sign, display and graphics from 30 May to 30 September. Registrations for the free show are now open.