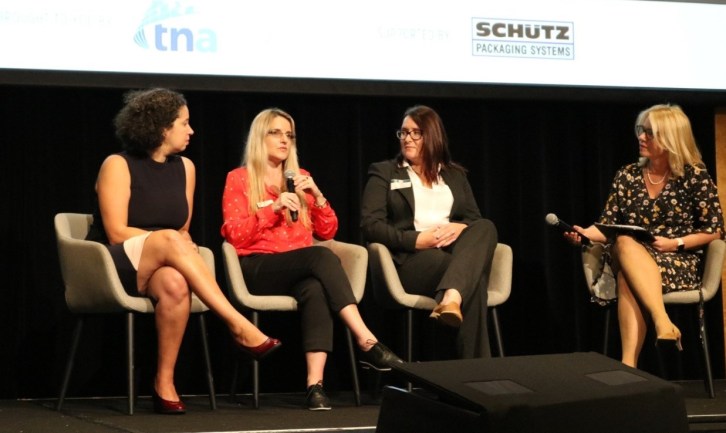 The Australian Institute of Packaging (AIP) hosted a breakfast forum which focused on the rapid changes in technology in the manufacturing sector and how this can be done through continued education.

The AIP kicked off its event in Sydney with a breakfast, which was followed by a day-long technical forum during which a number of keynote speakers made presentations.

A gala dinner capped off the day to celebrate this year’s Packaging Innovation and Design Awards (PIDA) winners in Sydney. The gold award for Industry Packaging Professional of the Year went to Joseph Foster, co-founder and director, Omniverse-Foster Packaging.

Nikki Moeschinger, managing director at brand strategy agency BrandOpus, kicked off the event with a keynote about why it has never been more important for humans to collaborate with technology and bring creativity to essentially tactical machines.

Creativity, she said, is the quality that will be in most demand as the world increasingly relies on automation, robotics and augmented reality to complete tasks once done by real people.

But she said creativity is progressively sapped as people grow, with the speed of social media and data overload among factors discouraging creative thinking. All of this adds to the importance creativity, lateral thinking and emotional intelligence will play going forward.

On the upside the death of human jobs due to technology had also proven to be fictitious, citing figures from the World Economic Forum, Moeschinger said.

“…75 million current job roles may be displaced by the shift in the division of labour between humans, machines and algorithms… while 133 million new job roles may emerge at the same time”, Moeschinger said, quoting the World Economic Forum.

“Technology has created more jobs then would have been made redundant,” she said, adding people with creative flair and the ability to persuade, think laterally and display emotional intelligence will only grow as the technology continues to develop.

The breakfast forum covered the education challenges facing the packaging industry with no undergraduate degree currently in existence in Australia or New Zealand and the difficulties also faced with finding skilled engineers to manage the high tech equipment.

The AIP is the peak professional body for packaging education and training in Australia and works with over 40 global bodies to find the best educational pathway for those wanting to upskill or break into the industry.

“We are missing a lot of people in the undergraduate level, that is where the gap is,” Kelton said, adding her organisation has spent a great deal of time working with various associations and government bodies to tap into food science and food technology degrees to improve the units being offered on packaging.

Collaboration between associations, companies and universities on education was also critical, Kelton said.

“It’s absolutely critical and it’s not just associations, its universities, it’s the academic world, it’s companies, brands and the manufacturers. We can’t do this alone. We are here to educate the industry but we need the industry to tell us how they want to be educated and we remain relevant as an institute because of that. We spend a lot of time listening,” she said.

“We are here to hear what you need to actually fill that gap.

“We have about 40 associations globally that we work with because they all carry different skills and they all bring something to the table.