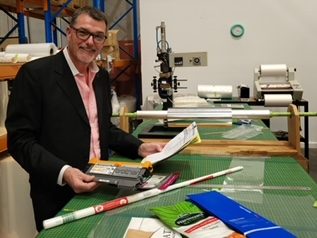 Close the Loop Group (ASX: CLG), an end-to-end solutions provider from design and manufacturing, through to collection and recycling of products, has provided an update on the production line incident that occurred in Somerton, Victoria, overnight on 9 June.

It said a fire broke out on the TonerPlas production line and was brought under control using normal remediation processes.

The company added that there were no injuries, with the building and all equipment fully insured.

“The collection operations, which generate the largest financial contribution from the Somerton site, were largely unaffected by the fire, with operations back up and running after four business days,” it said.

“The supply of TonerPlas is on track to resume full-scale production by the end of the calendar year. Close the Loop Group has identified other manufacturing options with third parties for the production of TonerPlas in the short- to medium-term.”

Close the Loop Group previously said that because of the fire, the TonerPlas line is expected to be offline for six months.

The company also said that it expects the maximum impact to be $1.5 million including insurance excess and additional warehouse costs of approximately $350,000 for recovery items and potential double handling.

A make good provision will be recorded in FY22 for this amount and the revenue impact of this incident is expected to be approximately $600,000 in FY23, according to the company.

There will be more information released with the FY22 result due in the last week of August.