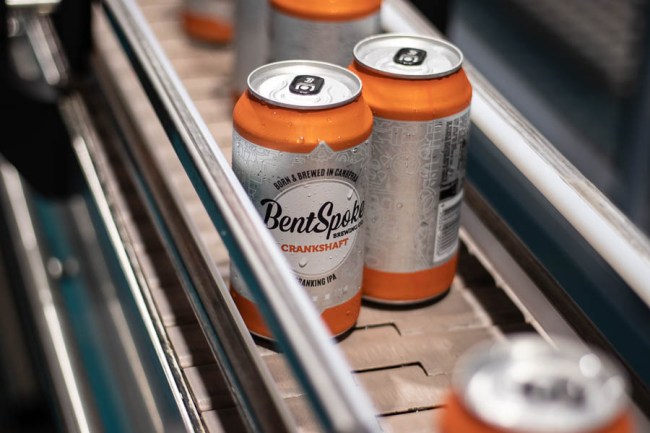 BentSpoke Brewing has gone back to packaging beer with 360-degree rip lid cans.

The company led innovation with this type of beer packaging in 2016, but due to a worldwide halt in production of these lids, the Canberra brewer has had to find an alternative to keep up with rapidly increasing distribution.

However, the company is moving most of its range into premium wide lip cans to continue its current flavour and aroma experience.

BentSpoke is maintaining beer in the core range, Sprocket, in the remaining supply of 360 lids. Crankshaft, Barley Griffin, Red Nut, Easy Ale and Mort’s Gold will all go into wide lip cans, as will the sought-after Drifter, Free Wheeler and Bending Spoke series.

“We have always loved our 360 lids that have lived our mantra of bending the rules of beer. With these supply issues we are once again scouring the world for the next great innovation in beer packaging that can keep up with our beer,” he said.

He added that there will be no changes to the brewing or packaging process for any beer, enabling the entire range to maintain the same flavour and aroma.

“With our new lids you might want to decant our beer into a glass at home. At BentSpoke we always have been and still are advocates for drinking straight from the can!” Watkins said.

BentSpoke also looks forward to releasing new beers and bringing back old favourites in the new lids throughout the year.