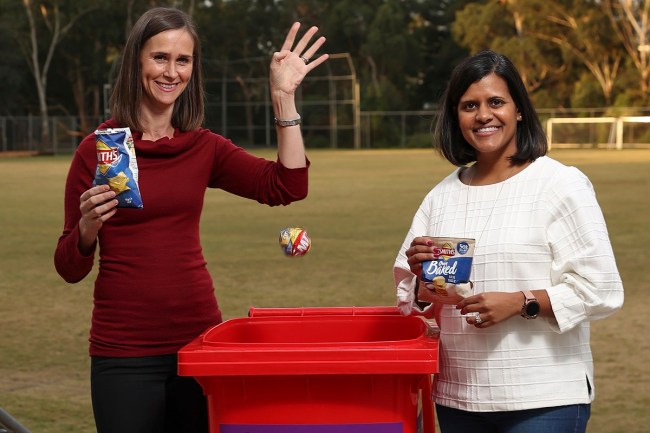 PepsiCo has become the first large food FMCG business in Australia to move to 100 per cent recyclable packaging across its entire snacks range.

To coincide with the milestone, PepsiCo has also partnered with Clean Up Australia to launch Greening the Green, a program aimed to increase soft plastic recycling across the country.

“Increased recycling rates are critical to the success of a circular economy for soft plastics. Key to this is making packaging recyclable and easy to recycle,” PepsiCo A/NZ chief marketing officer Vandita Pandey said.

“We are proud to have achieved the first step – designing 100 per cent of our snacks packaging to be recyclable – meeting Australia’s 2025 National Packaging Target four years ahead of schedule.”

PepsiCo’s portfolio includes some of the most recognisable snack brands in Australia including Smith’s, Red Rock Deli, Sakata, and Doritos.

The final packaging update will also see 100 per cent of PepsiCo’s snack packaging carry the Australasian Recycling Logo (ARL) by the end of the year.

“We are thrilled to be partnering with Clean Up Australia to work with REDcycle to help educate consumers on what can be recycled and create more opportunities to make it easier for Australians to recycle their soft plastics through the Greening Green program at sporting facilities around the country.”

PepsiCo pledged $650,000 at the Australian Government’s National Plastics Summit in 2020, to establish Greening the Green – an innovative new program developed by Clean Up Australia, that partners with REDcycle and Replas to work with local sporting facilities to streamline rubbish separation and collection and increase soft plastics recycling.

A pilot is underway at ELS Hall Park in Ryde, NSW. A further 19 sporting grounds across Australia have signed up to the program with a total of 110 to be included over the next two years.

Greening the Green consists of a 12-week program to improve littering and rubbish collection via an interactive online learning experience. Facilities have the option of collecting valuable recyclables such as soft plastics and beverage containers through specific bins placed in high usage areas.

Soft plastics are collected by REDcycle, shredded and delivered to Replas, where they are moulded into useful equipment such as seating, bollards, signage and even sports trophies. Each participating sporting group is gifted a new piece of equipment made from recycled soft plastics, highlighting the benefits a circular economy can bring to the local community.

Minister for the Environment Sussan Ley said, “We are seeing companies like PepsiCo standing up to address a real issue with ‘soft’ plastic waste and I congratulate them along with, Clean Up Australia and REDcycle for this initiative.”

This article first appeared in Convenience and Impulse Retailing.