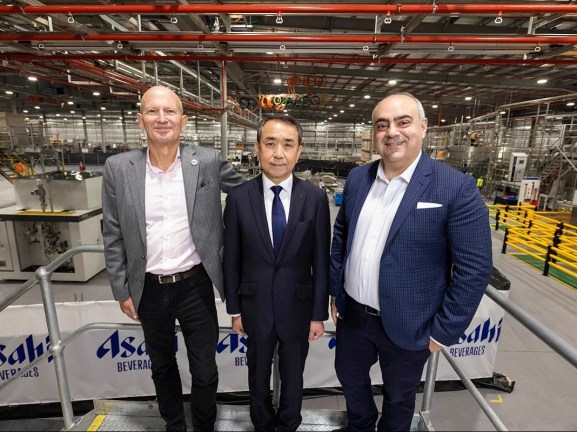 Asahi Beverages has invested $55 million in an upgraded manufacturing site outside of Ipswich, bringing the company’s total spend on the plant to around $100 million in the past five years.

The plant in Wulkuraka will now produce a 300 million litres of non-alcoholic beverages each year and will secure the company as a major manufacturing presence in South-East Queensland.

Iervasi commented that the upgrade marks a significant expansion of the site’s capacity.

“Our $55 million investment has created a world-class Queensland manufacturing site. It has also nearly doubled the sites annual production capacity to 300m litres.”

“It shows Asahi Beverages’ confidence in the long-term future of manufacturing in Australia and in Queensland specifically.”

This sentiment was shared by Queensland Premier, Annastacia Palaszczuk.

“We are about promoting and providing good jobs, better services and the best lifestyle,” the Premier said.

“This decision provides all of those things.”

Iervasi explained that the enhanced Wulkuraka plant, which will operate 24/7, will bring additional jobs to the Ipswich suburb.

“In addition to new jobs within the facility, more than 170 jobs were created during construction with dozens of Queensland companies involved.”

Iervasi also believes that the investment will allow Asahi to better meet its sustainability commitments.

“Perhaps the upgrade’s most exciting part is the new hot-fill and blow-fill line, which will make Lipton Iced Tea and Pop Tops.

“The line’s innovative design means these drinks will be made without preservatives and using bottles inflated on-site from small pieces of preformed plastic. These are more sustainable than pre-inflated bottles because many more can be delivered to site per truckload – significantly reducing truck trips and carbon emissions.

“We are unbelievably proud of this new facility, the many Asahi employees who made it happen and the jobs we provide in Wulkuraka and other parts of Queensland,” Iervasi concluded.

Schweppes, Solo and Pepsi Max are already made at the site and the upgrade means other leading beverages will be produced there too including Cool Ridge water, Lipton Iced Tea and Pop Tops juice.