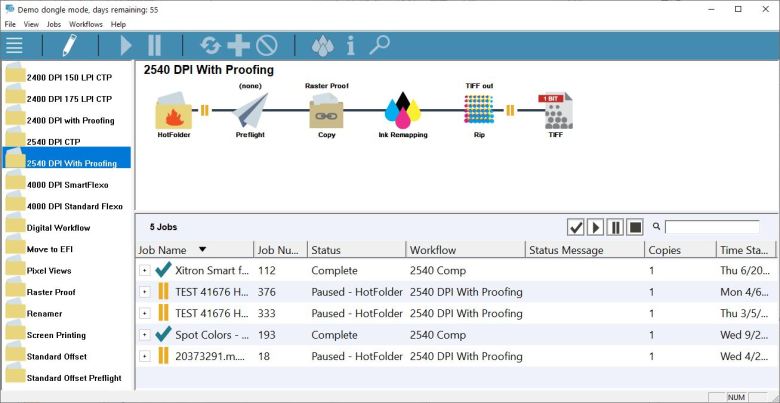 G2 Systems has announced the availability of the latest software upgrade of Xitron Navigator, the v13 RIP and Workflow software.

Xitron, a subsidiary of Global Graphics PLC and the developer of the Harlequin-based Navigator RIP and workflow software for commercial, flexo, digital, and high-speed inkjet printing, will begin shipping the newest Navigator release on November 23.

Version 13 brings several improvements to the RIP, including enhanced control over colour separation rendering, a marked increase in throughput speed, and control for PDF Processing Steps where technical separations are involved.

G2 Systems has been supplying, installing and supporting the Xitron RIP platforms for over 20 years and has installations across Australia and the Pacific.

“This release is timely for thousands of Harlequin users as they continue to move away from unsupported operating systems such as Windows 7,” Xitron president Karen Crews said.

“Most see it as a perfect opportunity to upgrade their RIPs to the latest version while they’re changing out hardware and moving to the 64-bit Windows 10 platform. This is especially important for Screen CTP customers who may have been running outdated versions of the Screen HQ-RIP for many years.”

End users of Harlequin RIPs from ECRM, RTI-RIPs, Compose, Presstek-Mark Andy, Screen, and most other brands can now upgrade directly to the Xitron Navigator RIP from Xitron without having to repurchase options such as trapping or CIP3.

“Upgrading directly to Navigator 13 while still being able to use an existing output device maximises these users’ investments in both software and hardware,” Crews said.

“Having all options previously purchased from other vendors included at no charge is a sizeable savings opportunity and reaffirms our commitment to putting customers first.”

According to Crews, special upgrade pricing will be in effect through December 31 as part of the Xitron Stimulus plan to help printers, which was announced in March.

Customers who purchased new Xitron TIFF or CTP RIPs and workflows after August 1 will receive the upgrade to version 13 at no charge.