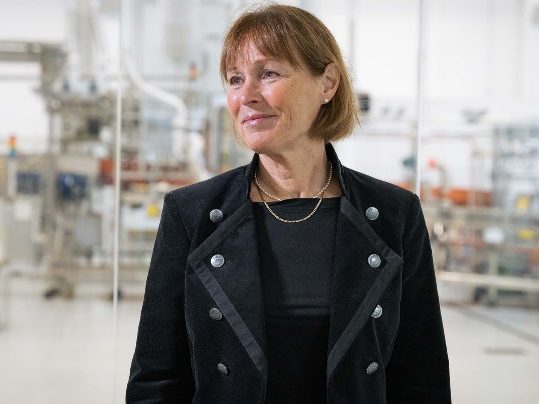 Global packaging solutions company Sidel has revised its sustainability targets and said it is now on track to reduce greenhouse gas (GHG) emissions at its own sites and facilitiesby 50 per cent by 2030.

This is a significant step-up compared to its previous goal, set a year ago, of a 30 per cent reduction in emissions in the same timeframe.

It also confirmed that all its sites will be 100 per cent green energy-powered by the end of this year.

Keen to lead the way and set standards for its industry, Sidel began switching its 17 production sites around the world to renewable energy in 2019 and said it will complete the process by the end of 2022. The success of this transition has enabled it to revise its targets upwards.

“I’m delighted to say that we have exceeded our own sustainability ambitions and can now set even more stringent targets,” Sidel CEO Monica Gimre said.

“By 2030, we will reduce emissions across all our sites by half. Importantly, this puts Sidel on the pathway agreed at the COP26 Climate Change summit, of taking action to limit global warming to 1.5°C or less by the end of the century. We are one of the few companies in our sector to commit to this,” she said.

Sidel has also renewed its commitment to reduce emissions on everything it buys and sells by 25 per cent against its 2019 baseline by 2030. It said it continues to work closely with its customers and suppliers around the world to help them find ways of reducing emissions.

Last year it installed upgrades on existing lines that achieved savings of over 1,500 tonnes of CO2. It has committed to ensuring that every machine it produces will consume at least 25 per cent less energy compared to its 2019 benchmark.

Sidel has also developed a strategy to help its suppliers lower their emissions, encouraging them to make a GHG inventory, commit to science-based targets and develop their climate change policy.

Sidel has also signed up to R-Cycle, a voluntary initiative to bring to life the ‘digital product passport’ – an open global tracing standard for packaging that will drive forward the circular economy.

“As a major supplier of packaging equipment and services, we’re working hard to help our industry to become more sustainable,” Gimre added.

“Energy consumption is by far the biggest contributor to global warming, and packaging currently accounts for about five per cent of the energy used in the life cycle of a food product3, making it a significant source of greenhouse gas emissions.

“We take our responsibilities seriously to do what we can to lower those emissions. We let our customers know we are with them and that they are never alone in their sustainability journey.”