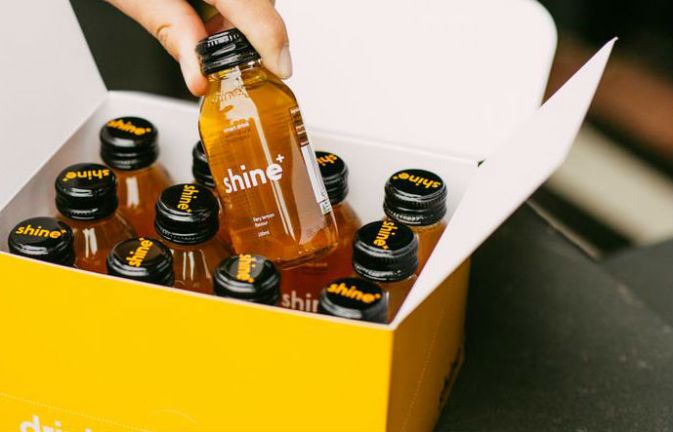 CEO of Shine drinks Steve Chapman has told ProPack about the new lids that are about to launch across the country.

The current 110ml shot of Shine drink has received feedback from customers regarding the difficulty of opening the lid. CEO Steve Chapman says, “the old bottles are plastic and is way more susceptible to things like temperature, so then in Winter, so in Australia it doesn’t get that cold but still out west where were manufacture, in a warehouse, it can get to like 1,2 or 3 degrees then glass doesn’t change too much but plastic does.”

“Plastic will then shrink or expand quite easily, so when we then heat up the drink, in terms of how we process it sometimes to make sure its safe and shelf stable, the liquid going in, can be quite hot, which then expands the lid and when it goes back into the warehouse it then shrinks so it makes it ridiculously tight,” Chapman says.

Shine have since solved this issue by moving to metal aluminium lids.

“We since solved that by one moving to metal aluminium, this increases shelf life, decreases oxidation and it looks better as well. So this is a stock bottle that we’ve purchased in bulk and then this is one we designed from scratch that is about to launch,” says Chapman.