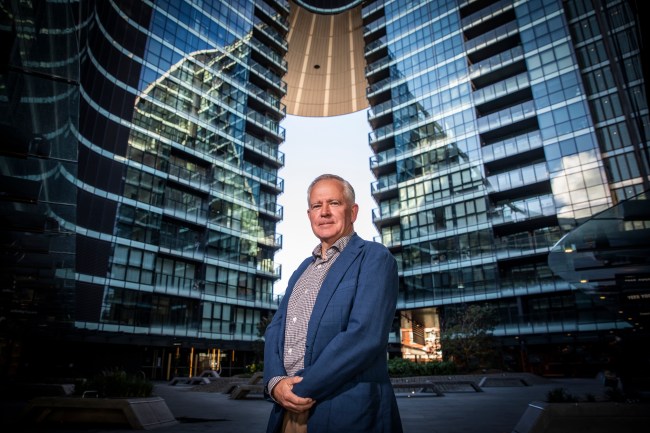 As the 2025 national packaging targets draw closer, startup Samsara is commerialising a process to create recycled PET which will be on the market as early as 2023.

Spun out of a discovery from the Australian National University (ANU) Samsara’s plastic-recycling tech lets it take plastic from landfill and break it down to a base form which can be used to make new plastic products.

The company is co-founded by Woolworths Group, The Australian National University and deep tech venture fund Main Sequence, who have joined forces to tackle the plastic waste problem with leading edge science.

While the technology is most advanced for PET plastics, the company says it will be able to break down nylon using an enzyme at the end of the year, followed by polyurethane, polycarbonate, LDPE and HDPE.

For packaging companies using plastic, Samsara’s technology will allow them to use 100 per cent recycled materials in their goods as a selling point, and potentially win new business.

Currently, almost all of Australia’s recycling is mechanical instead of chemical,and requires high-quality clean plastic waste collected from container deposit schemes. That gets broken up into pellets which need specialising manufacturing procedures to be moulded into goods, and isn’t perfect for every use.

Different coloured hard plastics can’t be recycled, nor can plastics that have degraded or deteriorated.

What is Samsara’s method?

Samsara’s method, which makes use of a computer-designed enzyme which breaks down the plastic from polymers to monomers. Polymers are essentially chains of monomers that are joined together.

The enzymes do not affect any of the other materials in the process, and can break down products at room temperature.

When making new plastic products manufacturers mostly use monomers, or ‘virgin’ plastic that has not been used before.

Samsara CEO Paul Riley tells ProPack.pro, “The new recycled plastic is identical to a virgin product. We’re really excited about the technology, the introduction of an infinite recycling closed loop for plastics is incredibly exciting.

“The scale of the challenge in front of us to solve the plastic process is enormous. There’s 400 million tonnes of plastic coming to market every year.

“We see our application of our technology as Australia initially, then internationally. From the millions of tonnes each year comes to market, and only 10 per cent comes to recycling.”

The plastic waste is placed into large vats and broken down by the enzymes in under an hour, without any heating needed. Other chemical processes take between 10 to 20 hours, according to Riley.

At the moment, Samsara is able to produce recycled plastic at a kilogram-scale level. To get the company to industrial scale production, it has been awarded a $568,491 grant from the federal government, with additional investment from its partners — including Woolworths — bringing that figure up to $1.14 million.

It’s currently undertaking commercial testing of its monomers, and has produced plastic tested against the specifications of major FMCG companies. It’s new facility, which it is deciding the jurisdiction for, will be able to produce 20,000 tonnes yearly.

“We expect to have our first product on shelf in Q1 2023, and Woolworths has committed to take 5,000 tonnes of our resin. They’ve supported us in the development phase,” Riley said.

“It will be available to other packaging or plastic users at the same time. We will be able to process the mixed bail of plastics that ends up at the local tip.”