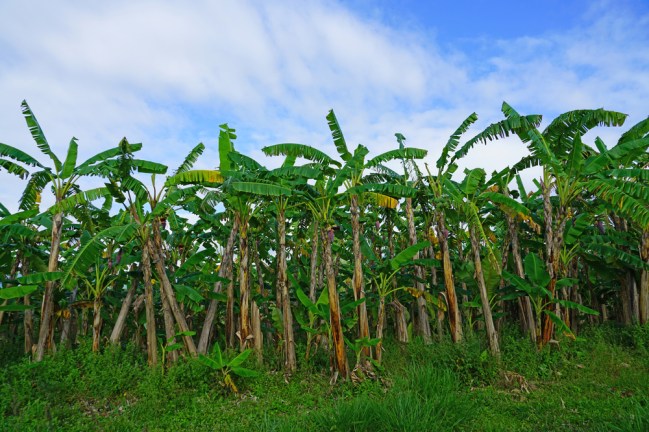 Papyrus Australia has recently completed a proof-of-concept trial which has successfully demonstrated, for the first time, the commercial viability of using 100 per cent refined banana fibre in the production of moulded food packaging such as pizza boxes, burger clamshells, meal containers and serving dishes.

The company said that with refined banana fibre previously overlooked as an option by many industry experts, this successful trial is set to have a huge impact – not only on the way food is packaged in the future – but also on the sustainability of the planet.

Banana fibre is sourced from banana palm trunks and is a by-product of banana production, meaning it’s renewable and already grown in abundance. There are approximately 3,000 hectares of banana plantations in Australia and it is estimated that globally, banana plantations cover more than 10 million hectares, with approximately 2.2 billion tonnes of agri-waste created annually.

By harnessing this globally available agri-waste product in the production of moulded food packaging, Papyrus Australia said the environmental benefits are four-fold.

First, banana trunks are a sustainable, renewable fibre source, which is now proven as a viable replacement to wood pulp. Second, utilising a product which would otherwise have gone to waste, reduces the emission of methane gas from decomposing agri-waste which is harmful to the environment. Third, Papyrus Australia’s world-first, patented process of converting banana palm trunk into refined fibre is zero waste and chemical free, unlike many alternative recycling and production processes. Fourth, the banana fibre is water resistant and fire retardant, and yet naturally decomposes in landfill.

Papyrus Australia managing director Ramy Abraham Azer said this is the first time such a feat has been achieved.

“Whilst we have made moulded products before in Australia, China, and Egypt, all were from fibre prepared under laboratory conditions and with very limited moulding runs. We are now able to produce ‘tailored’ fibre on daily basis at our factory in Sohag that is subsequently moulded at a stock standard moulding factory for a whole shift,” Azer said.

“Additionally, we are confident that we can now harness the unique advantages banana fibre has to optimise the end product and to achieve products other fibres are unable to produce.

“This is a world first and opens the door to using the millions of tonnes of waste banana plantations create every year to produce clean, sustainable, environmentally friendly, degradable packaging products to displace the plague of plastic packaging harming our planet.

“Papyrus’ proprietary technology is now capable of sustainably producing moulded packaging products on mass to meet the demands of the largest customers and have a real impact on the environmental issues we all face. Not just by displacing plastics, but also by reducing greenhouse gas emissions by locking the banana plantations’ waste into superior, cost competitive products instead of decomposing anaerobically releasing methane gas into the atmosphere.”

Papyrus is expected to license its technology to suitable entities to establish banana fibre factories in locations where bananas are grown.