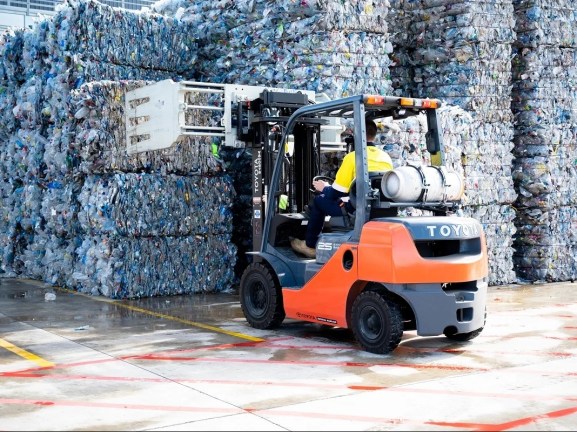 A team from Pact project managed the build, which was delivered safely, on time and under budget on a greenfield site during a period of major global challenges, including the COVID-19 pandemic, supply chain pressures, and the blockage of the Suez Canal.

Despite these challenges, it took one year and five days to establish the site, construct the facility, install the equipment and services, commission the machinery, and train a new team.

The facility, which commenced operations in February 2022, has the capacity to recycle the equivalent of around 1 billion 600ml PET plastic beverage bottles each year into high-quality food-grade resin.

Cleanaway collects, sorts, and delivers PET plastic waste from kerbside collection bins and container deposit schemes to the Pact-operated facility for recycling. The recycled resin is then used by Asahi and CCEP to manufacture new beverage bottles, and by Pact to make new beverage bottles and food packaging.

Pact Group CEO Sanjay Dayal said it was a great honour for the Pact team to be recognised for its commitment to driving the circular economy in Australia.

“Brand owners and consumers alike are demanding packaging that is made from recycled material and is recyclable. We have collaborated with industry partners to create Australia’s largest state-of-the-art PET recycling facility to respond to those needs,” Dayal said.

“The world-class CPA PET recycling facility in Albury ensures we are taking responsibility for our plastic waste, reducing the need to import virgin plastic resin and minimising harm to the environment for future generations.”

The CPA joint venture is building a second PET recycling facility with similar capacity in Melbourne, which is due to commence operations in the first half of 2023.

The CPA PET project in Albury was supported by a $5 million grant through the NSW Government’s Waste Less, Recycle More initiative, and the Australian Government’s Recycling Modernisation Fund.

The award coincides with National Recycling Week, which this year has the theme: “Waste isn’t Waste Until it’s Wasted.”