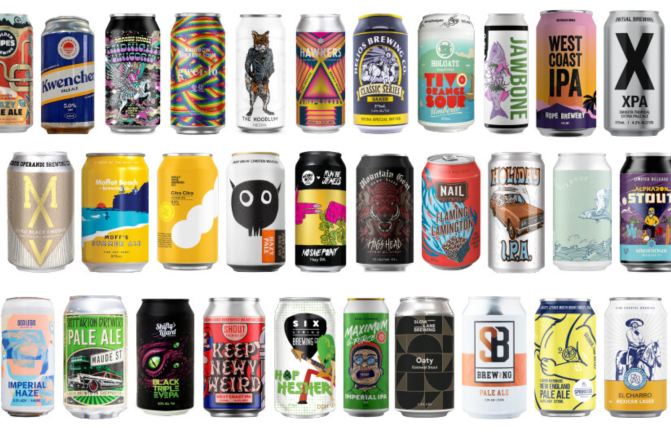 After a week of deliberation by Orora’s judging panel, the winners of the GABS Can Design Awards 2021 have been announced.

Designed by Terry Ricardo, the artwork captures the beauty of New Zealand’s blue lakes and snow-covered peaks, morphed with a tropical Garden of Eden showcasing an out of this world ‘nectar of the gods’.

The Nectaron of the Gods design was inspired by abstract, psychedelic illustrations from the 60s and 70s. Playing on the phrase ‘nectar of the gods’, the idea was to communicate a divine, out of this world nectar, made using a variety of hops from New Zealand, primarily, Nectaron. In creating the scene we turned to the beauty of NZ with its blue lakes and snow covered peaks, combined with a tropical, otherworldly looking landscape like the Garden of Eden. On closer inspection, you’ll find iconic NZ flora and key tasting characteristics of this brew.

The finalists will all receive a share of great prizes from Orora and Opal Packaging. Winning designer Terry receives $1,000 from GABS and a listing with BrewsNews.

“If you imagined designs inspired by abstract psychedelic illustrations from the 60s, skaters in back alleys of the Sunshine Coast, gothic macabre skeletons or melancholy robots… it is unlikely your first thought of where you would find such incredibly creative and stunning artworks would be on the outside of Australian Craft Brewery Beer Cans!” Orora said.

“Yet, these are exactly some of the brilliant inspirations behind the record 145 Craft Breweries who each nominated an entry in this year’s prestigious GABS Craft Brewery Can Design Awards.”