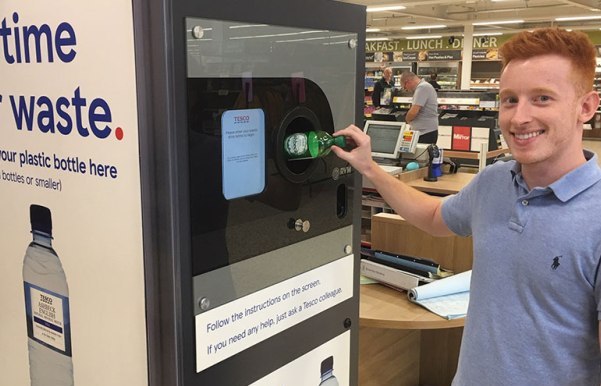 The New Zealand Government is taking steps to improve recycling at home, and on the go, and is inviting New Zealanders to have their say.

“We currently have inadequate rubbish collection and recycling systems. As a result, our recycling rates are low compared to other countries with better systems, and we have too much litter in our environment.

“I am asking New Zealanders to have their say on our “Transforming Recycling” proposal to improve the way we recycle and deal with our rubbish. The proposals will help reduce litter, emissions and pressure on our environment.

“It’s estimated that nationally only 28 per cent of materials are recycled and the rest goes to landfill. By contrast, Germany, Austria and Wales have the highest recycling rates in the world, with over 50 per cent of all waste being recycled.

“We are taking action that will make a real difference and want Kiwis to have their say,” Parker said.

There are three connected proposals covered by the consultation.

The first, looks at improvements to our household kerbside recycling system, including access to food scrap collections.

“We’re going to make it simpler and easier for people to recycle right. Standardising kerbside recycling will reduce confusion and help businesses design packaging that is recyclable anywhere in New Zealand.

“Food scraps make up more than a third of a typical household’s rubbish each week. When sent to landfill, they create greenhouse gas emissions.

“Providing access to household kerbside food scraps collections is a simple step to reduce emissions and return nutrients to the soil,” Parker said.

The second proposal is for a container return scheme for beverages, to incentivise people to return empty drink containers in exchange for a small refundable deposit. (A deposit of 20 cents is proposed).

“More than two billion drinks are sold every year in New Zealand. Less than half of these containers are recycled, meaning that over a billion containers end up as litter, are stockpiled, or sent to landfills every year.

“With a container return scheme in place, we can increase our recycling rate for beverage containers to between 85 per cent and 90 per cent.

“This will also result in increased supply of recovered materials for our onshore recycling systems and container manufacturers,” Parker said.

Consistent with most overseas schemes, containers of fresh dairy milk would be exempt from the scheme. Unlike most drink containers, those for fresh milk already achieve very high recovery rates through kerbside recycling collections. However we will continue to investigate how recovery can be improved further.

The third part of the consultation focuses on diverting business food waste from landfill to reduce their carbon footprint. The food scraps can then be used to improve our soil or feed animals.

“New Zealand businesses generate 25 per cent of all food waste that goes to landfill. Along with reducing greenhouse gas emissions, separating out food scraps can help businesses identify ways to reduce food waste and save money.

“By 2030, we want all businesses and households to separate food scraps from their rubbish,” Parker said.

“We want a future where everyone reduces waste, reuses, and recycles. We know New Zealanders want to do the right thing. With these proposals, we’re putting the right foundations in place to bring our recycling systems up to global standards,” Parker said.

Six proposals are being considered.

Actions that improve the performance of kerbside recycling could include:

A container return scheme encourages people to return beverage containers for recycling or refilling in exchange for a refundable deposit.

When someone buys a drink, they pay a small deposit as part of the normal price of the drink. When the empty container is returned to a collection point, that deposit is refunded to them

Based on the proposed design, we expect the NZ CRS will increase recycling rates to 85–90 per cent, which will significantly reduce litter. This means that the scheme would receive over two billion beverage containers every year for recycling.

The proposed exemption for fresh milk applies only to white dairy milk that requires refrigeration, including cream. The exemption would not include beverages that are shelf-stable (long-life) or partially dairy/milk-based, such as (but not limited to) drinkable fermented dairy drinks like kefir, flavoured milk, smoothies, drinkable yoghurt and plant-based milk alternatives (eg, oat, almond, coconut, soy, etc.).

The Climate Change Commission recommends reducing greenhouse gas emissions from waste by at least 40 per cent below 2017 levels by 2035. These proposals will help us reach proposed waste emissions targets.

The Government is proposing to make the separation of food waste from general waste mandatory for all businesses.

The requirement to separate food scraps could be phased.