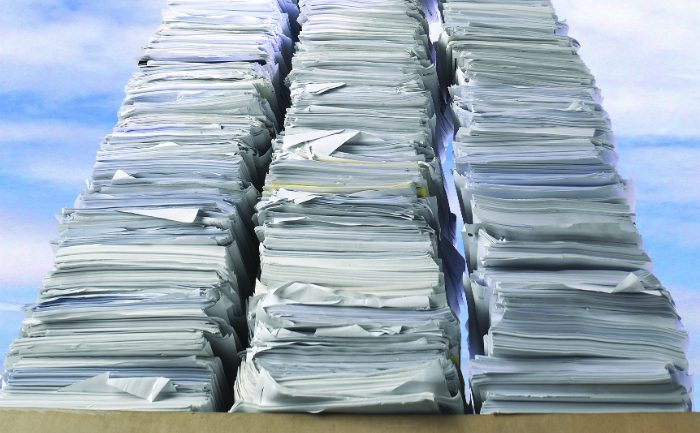 Recycling of materials is considered to be an important part of a circular economy, but a new study published in Nature Sustainability questions the potential environmental benefits that come from paper recycling.

Recycling paper materials may not be all it’s cracked up to be, according to a study conducted by researchers at Yale University and University College London. Published in Nature Sustainability in October 2020, the study points out that the recycling of paper materials in particular could have a negative impact on the climate.

The writers warn that circular economy efforts should carefully consider the energy implications of recycling paper products. They conclude that recycling paper is likely to have a limited climate benefit and a higher climate impact than the production of fresh fibre-based paper.

The main reason is that making recycled paper uses more fossil energy than the production of new paper. Paper recycling uses electricity from the grid or natural gas – energy sources with a high fossil content. Fresh fibre paper can be produced with fossil free energy made from by-products of the wood pulping process.

The report adds that without radical changes to the energy mix used for recycling, fossil fuel emissions will increase. “We need to be careful about assumptions that recycling, or a circular economy in general, will always have a positive effect on climate change,” one of the report’s writers, Paul Ekins of University College London’s Institute for Sustainable Resources, said.

Iggesund Paperboard sustainability director Johan Granås said these conclusions are in line with what is seen in the market.

“It is quite clear that the production of paper or paperboard from recycled fibre generally has a higher climate impact than producing paper from fresh fibres,” Granås said.

Granås points out that Iggesund, for example, emits 33 kg per tonne in direct CO2 emissions when producing Invercote paperboard, while one of Europe’s leading recycled fibre producers emits 294 kg per tonne CO2 emissions, according to the company’s own environmental report.

Emissions are even higher among some American paper recyclers that release more than 1,000 kg per tonne, Granås mentioned.

Nonetheless, Granås added that he believes that fibre-based materials should continue to be recycled, especially if more renewable energy can be used.

“Fresh fibre and recycled fibre are parts of the same material system and extremely interdependent. If no one produces fresh fibre there won’t be anything to recycle in the long run. And if we didn’t have recycled fibre, today’s fresh fibre production would not be able to cover all of the needs,” he said.