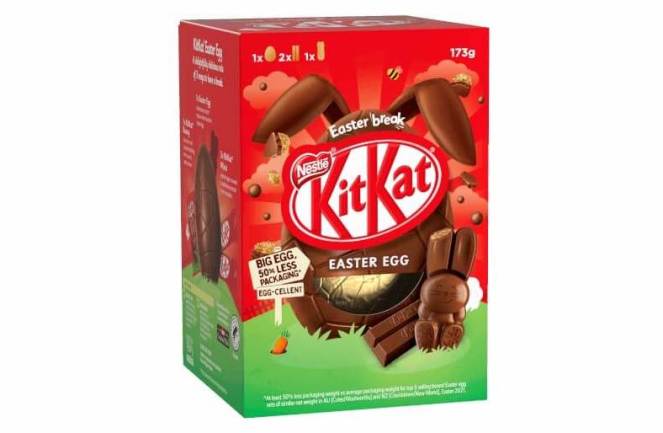 This article first appeared in Convenience and Impulse Retailing, authored by Deborah Jackson

Nestlé has revealed a new Easter range boasting 50 per cent less packaging weight compared to other similar products on the market.

The new range includes favourites such as KitKat, Allen’s lollies, and Milkybar Easter eggs all packed in a 100 per cent recyclable box and features the Australasian Recycling Label.

And to shake up the bigger is more perception, the range is packed without hard plastics, with packaging clocking around just 19 per cent of its Easter boxes, compared to around 41 per cent packaging weight for its five biggest competitors.

While nearly half of respondents (49 per cent) are drawn to the biggest Easter egg box, a careful look at the shelves shows that bigger packaging doesn’t necessarily mean a bigger sized egg.

Margaret Stuart, Director of Sustainability, says that Nestlé wants to break the mould that says a bigger pack means a bigger egg.

“Using less packaging meant carefully considering every detail so we could deliver our Easter eggs in a fully recyclable box.

“Across Nestlé, we are working to make all our packaging recyclable or reusable and reduce our virgin plastic use by a third by 2025, so getting the details right is critical. We need to be innovative. Easter, which sees a significant increase in chocolate gifting purchases, is a key time to shake up the category and start a conversation around packaging.”