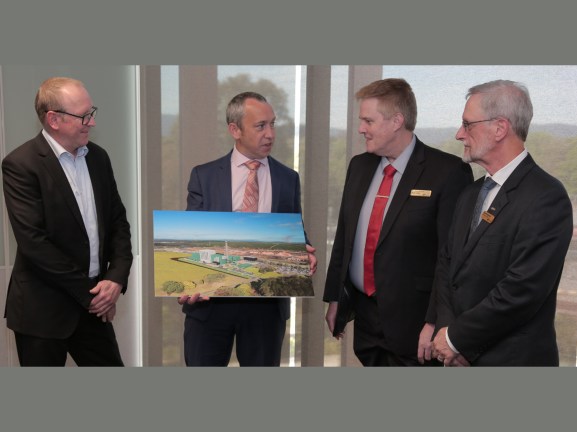 Maroondah City Council in Victoria has been announced as the first Council that will supply municipal solid waste to the Maryvale Energy from Waste (EfW) facility that will be built in the Latrobe Valley.

The Maryvale EfW project has EPA and Latrobe City Council regulatory approvals for construction and has been granted $48.2 million through the Federal Government’s Modern Manufacturing Initiative.

“The Maryvale Energy from Waste project provides Councils with the opportunity to drive up recycling rates and recover maximum value from non-recyclables as part of a more sustainable waste management solution for their communities,” Mayberry said.

Mayberry said the contract employs a waste arising model which is particularly compelling for Councils as it means they are not locked in to supplying a minimum quantity of waste.

“The model allows Councils the freedom and flexibility to continue pursuing their own recycling initiatives and strategies to continue to reduce waste, without incurring a penalty for supplying lower quantities to the Maryvale EfW facility,” he said.

“Our Waste, Litter and Resource Recovery Strategy 2020–2030 has identified a need for Council to focus on more sustainable waste and recycling methods, with the main objective to reduce the amount of waste going to landfill,” Symon said.

“This project is just one of the ways Council is thinking outside the square to build a more sustainable future for our community.”

It is envisaged that Maroondah City Council will send about 20,000 tonnes of non-recyclable household general waste to the facility per annum.

Together with the 150,000 tonnes per annum of commercial and industrial waste committed by Veolia, the project has secured more than half of its initial target waste prior to the start of construction.

Up to 325,000 tonnes of non-recyclable residual waste from Councils and businesses will be used to produce energy for the Maryvale Mill which will significantly reduce its demand for electricity and gas from the Victorian energy network.

With EPA Victoria and other regulatory approvals already granted, the facility is said to provide an estimated net reduction of 270,000 tonnes per annum in greenhouse gases, equivalent to removing 50,000 cars from the road annually.