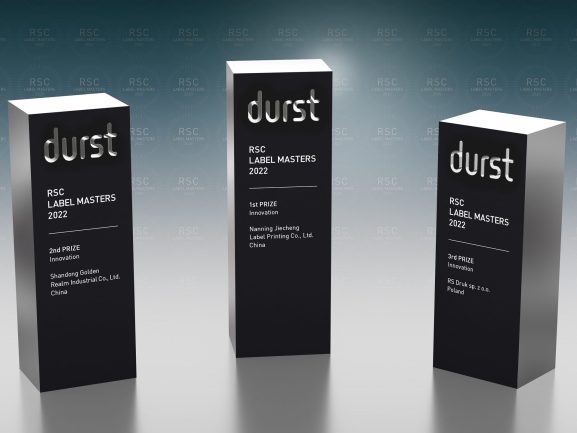 The winners of this year’s Durst RSC Label Master Awards were officially revealed during Labelexpo Americas in Chicago from 13-15 September, where insights on the new Tau RSC platform, its printing technologies, ink systems, software and important developments were provided.

In addition to spotlighting its ecosystem of printers and software, Durst presented the awards to the winners by the machinery.

The 100 per cent RSC Print category winner was Shanghai Yingcai Printing of China, for its Flying Crane – Embroidery Label entry.

Runner-up was Clever Systemtechnik, with The Label Makers in third place.

Durst product manager for label and flexible packaging Martin Leitner said: “The Tau RSC is a true game changer for us as a company and for all our customers. With that in mind, we challenged them to take part in the Durst RSC Label Masters awards. There were an impressive number of entries. They were all truly inspiring, making it a difficult task for the judges to choose the winners.

“Since the Durst Tau RSC platform was launched just over five years ago, we have achieved over 300 installations worldwide in less than five years. This demonstrates that our printing solutions have been very well received by the market. We are looking forward to the future despite these uncertain times for everybody.”