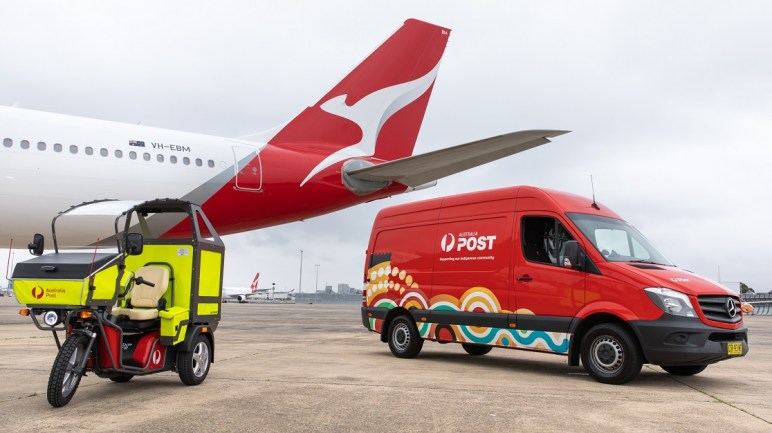 Australia Post has delivered a huge number of parcels over Christmas in 2021 – 52 million parcels were delivered through the December peak and more packages were sent by air than ever before.

Australia Post had up to 25 dedicated freighters taking to the skies each night, and more than 8.7 million kilos of parcels were flown across the country throughout December, up 13 per cent on the previous year, with a massive 556 tonnes moved on the busiest December day.

Australia post said more than 5.6 million Australian households shopped online in the lead-up to Christmas Day, and with volumes in October and November also higher than in previous years, it demonstrated a desire to plan ahead and shop early.

Australians also managed their deliveries through Australia Post’s app and website in record numbers, with more than 83 million visits, while almost five million new ETA (estimated time of arrival) alerts in December helped customers plan during the busy festive season by notifying them of the two-hour window parcels were to arrive ahead of Christmas.

In addition, more than 20 million customers visited post offices to send cards and gifts and collect packages, including more than 3.9 million from PO boxes, while more than 475,000 items were also collected from Australia Post’s free parcel lockers around the country during December – the most ever in a month.

Australia Post Group CEO and managing director Paul Graham said despite the continuing challenges presented by the pandemic, the entire Australia Post team had delivered a great Christmas for Australians.

“That we have seen another 52 million parcels delivered at Christmas demonstrates the dedication of the people in our post offices, our licensed post office partners, and everyone working across our processing, delivery, customer teams including more than 5000 new team members who helped make it possible,” he said.

“We thank Australians for their patience and support during these challenging times, and with so many customers heeding our call to shop and send early we saw a really big November for both deliveries and online shopping ahead of our traditional December peak.”