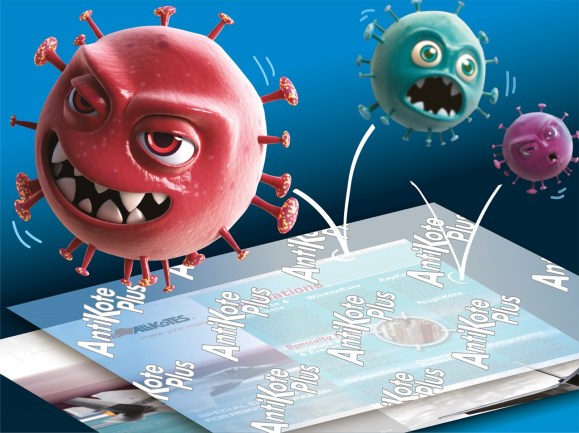 Five years after first reaching the market, and 12 months after it was submitted for testing, Allkotes now has proof that its antibacterial film, AntiKote Plus, reduces the viral load of the novel coronavirus by 84.15 per cent.

Darren Delaney, general manager, Allkotes, tells ProPack.pro, “When you compare it against a gloss or matte film, to me it should be a standard until we can defeat the coronavirus.

“Every now and then a strain changes – I would imagine that the silver ion technology would be continually getting tested.”

Designed in 2016 for antibacterial properties, it was first tested against the bacteria that cause staph infections and e-coli.

“There was interest from pharmaceutical companies for their packaging, and it was used a lot in the marketplace,” Delaney said.

The manufacturer wanted to test it against COVID-19 in the early days of the outbreak in 2020, but moving the goalposts quite a fair way required a lot of testing.

The UK laboratory running the tests took 12 months after starting, eventually certifying that it was effective.

“We want to reduce the risk. A key factor is surface protection,” he said.

“Having it is a step in the right direction. Nothing is 100 per cent foolproof, but surfaces like cardboard can carry COVID-19 for 24 hours.

“When you’re trying to fight that, or infectious bacteria, if you can reduce the contact, the bacteria will die.

“The whole idea of this technology is that it prevents the product from getting on to the surface and growing, therefore not producing energy or replicating.”

Delaney added that the film can be used in hospitality settings where things are constantly touched, like restaurant menus, cocktail or wine lists.

“There’s nothing stopping it from being used with any printed item for protecting any customer coming into contact with it. For me, it just makes sense,” Delaney said.

And while it costs slightly more than traditional films, Delaney mentioned that it’s an easy sell.

“If you’re dealing with the pharmaceutical guys, there hasn’t been a question or eyelid batted about the price,” he said.