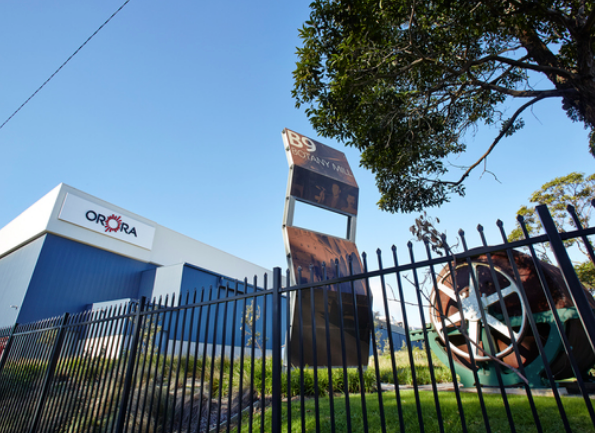 Australian packaging giant Orora (ASX: ORA) has announced a 13.3 per cent decline in net profit in its half year results with the company putting the lacklustre result down to subdued economic conditions, particularly in North America.

The company released its half year results to December 31, 2019 to the Australian Securities Exchange on Wednesday and in a statement said its statutory net profit after tax amounted to $76.6 million, down 13.3 per cent on the prior corresponding period. Earnings before interest and tax stood at $133.1 million, a 4.1 per cent decrease from the same time last year.

Orora managing director and CEO Brian Lowe, who took the helm in July last year, said the results were a result of subdued economic conditions across Orora’s geographies.

“While we were pleased to deliver a positive first half in Australasia, North America earnings were lower compared to the prior corresponding period, reflecting continued tough trading conditions in that region,” he said.

Its North American group saw a 17.2 per cent decrease in earnings before interest and tax to US$34.6 million.

“The clear priorities for the North American business is to return to profit growth and we expect the benefits of the business improvement programs to fuel through to the second half of FY20 and beyond.”

However, its Australasian business saw a 1.8 per cent increase in earnings before interest and tax to $82.6 million. The results exclude the operating results for the Australasian Fibre Business, which was recently sold to Nippon Paper.

“In Australasia, Orora’s beverage business continued its track record of earnings growth. Sales grew by 2.4 per cent during the period to $412.2 million and earnings before interest and tax was higher – up by 1.1 per cent,” Lowe said.

“The earnings improvement was driven by performance in cans, with volume growth in craft beer and other non-alcoholic beverages like Kombucha, and a continuing switch by consumers towards can formats, which was largely offset by higher input costs and adverse mix in the glass business.

“Volumes in glass were in line with the prior period.”

Moving forward, Orora will be working on the sale of its fibre business to Nippon Paper, with Lowe saying the sale is expected to be completed during the first quarter of calendar year 2020, subject to customary conditions including regulatory approvals.

“Following the completion of the sale, Orora intends to return about $1.2 billion to shareholders and further details in relation to timings and the nature of the capital management initiatives will be provided at a later date,” Lowe said.

“The imminent sale of fibre provides an opportunity to assess and shape the strategic path ahead with the broader Orora business. Orora’s external environment has rapidly evolved in recent years but we see plenty of opportunities for Orora to have a competitive position and point of difference.”

Lowe said a part of this point of difference is its sustainability program. Orora has commenced work to implement the recommendations of the Taskforce on Climate Related Financial Disclosure.

The outcomes of this analysis are expected to be used as key input into the formulation of its new EcoTarget regime, which will be announced during the course of 2020.

“We believe we will continue to benefit from this as our customers switch to sustainable glass and aluminium substrates. Our intention is to be at the front of the curve in these packaging initiatives and we will continue to invest to leverage our competitive position in targeted markets and segments,” Lowe mentioned.

Orora currently recycles about 80 per cent of the used glass collected under the South Australian Container Deposit Scheme and is seeking to source more cullet from other states as they roll out this scheme as well.

As for cans, Orora sources coils of aluminium that contains about 70 per cent recycled aluminium to make cans and aims to better improve aluminium collection and selling back for recycling.

Lowe also provided an update on its G2 site rebuild, which is scheduled to be complete in April 2020.

“Investment in the business continues with the on time/budget completion of the warehouse at Gawler to enable Orora to hold inventory onsite and further reduce offsite pallet storage and transport costs,” he said.

“Work has commenced at Gawler for the rebuild of G2… The total cost of the revuild is about $50 million, with approximately half spent by 31 December 2019 with the remainder to be spent in the second half of the 2020 financial year.

“As part of the rebuild, the second forming line off G2 will also be upgraded for about $10 million. This will add a further 10 million or so bottles of annual capacity.”

Orora also announced that its chairman Chris Roberts retires from the board, succeeded by Rob Sindel. John Pizzey will also soon retire from the board, effective 31 May.

Roberts thanked his fellow directors, Orora team members, and shareholders for their support in his seven-year tenure.

“It has been a great privilege to serve Orora. The company has performed well and will enter into a new phase following completion of the sale of the Australasian Fibre Business to Nippon Paper,” he added.

Sindel mentioned that he looks forward to delivering value for all Orora stakeholders.

“It is an honour to be appointed as the next chairman of Orora. I look forward to working with my fellow directors and the Orora global team to continue to deliver value,” he said.

“These factors, coupled with the financial impact of the G2 rebuild in H2 and time for the North American improvement initiatives to be fully realised, are expected to result in reported operating EBIT for the continuing operations being lower in FY20,” Lowe said.

“Orora will continue to invest in efficiency, growth and innovation, as well as integrate recent acquisitions and finalise the sale of the fibre business.

“As it has dome consistently over recent years, in addition to pursuing organic growth and to offset ongoing input headwinds, the Australasian business will continue to identify and implement cost reduction opportunities, invest in asset upgrades, new capacity, new sites, and utilise the Orora global innovation initiative.”